The rise of the On-Demand Economy — or more harshly dubbed Shut-in Economy — has effectively eliminated many of yesteryear’s barriers to gratuitous consumption. The running list of food, wares, and services you can magically summon right to your door from the comfort of a smartphone app or Amazon dash button would make even Hermione jealous. No longer shackled by the logistical constraints (read: blinding hangovers, lack of clean clothes, laziness, etc.) that previously limited our late-night foraging options to pizza, Chinese takeout, or freezer-burned leftovers, the potential for instant gratification is now limitless.

In this land of on-demand rice milk and artisanal honey, it’s easy to ignore some of the less glamorous realities at play — namely, global food insecurity and mounting landfill waste. Last month the United Nations finalized 17 sustainable development goals, which over 150 world leaders publicly committed to upholding. Number 12 on that ambitious list, Responsible Consumption and Production, focuses on reducing global food, water, and energy waste by 2030. If that seems at odds with the scenario presented above, you might be on to something.

By UN estimates, the food sector accounts for 70% of the world’s water usage, 30% of the world’s energy consumption, and 22% of greenhouse gas emissions. Each year a staggering one-third of all food that is produced globally goes to waste, all while 2 billion people go hungry or undernourished. With the world population expected to reach 8.3 billion by 2030, if left unchecked, this cycle of booming production and profligate waste will only worsen.

Two Onfleet customers are hoping to change our collective fate by leveraging the On-Demand model to combat both food waste and hunger in the United States. DC-based Hungry Harvest donates a healthy meal to a person in need with every fresh produce delivery it makes, while Imperfect lets you buy fresh, “beautiful on the inside,” produce directly from local farmers at a significant discount. These young companies partner with farmers and produce wholesalers to purchase and redistribute surplus fruits and vegetables that would have otherwise gone straight to the landfill. To date, the Hungry Harvest team has successfully recovered approximately 200,000 pounds of produce for sale and donation. Another Onfleet-powered start-up, Feeding Forward, has fed over 600,000 people since its launch by seamlessly connecting large-scale food donors with nearby community centers, food banks, and shelters.

In tandem with efforts to promote sustainable agriculture and reduce food waste, we must also tackle another massive threat to the realization of global goal #12 — food packaging waste. Each year in the US alone, we go through an estimated 40 billion plastic forks, knives, and spoons, 50 billion plastic water bottles, and a whopping 100 billion single use plastic bags. According to a report from the Environmental Protection Agency, in 2012 Americans generated 251 million tons of solid landfill waste, or roughly 4.38 pounds per person, per day. Plastics accounted for 12.7% of this total, which is truly horrifying when you consider the fact that almost every single piece of plastic ever created still exists in some form today.

To upcycle an old saying, “A moment on the lips, a lifetime on the hips in our landfills and oceans.” In fact, make that several lifetimes, as the average plastic container takes over 450 years to fully decompose. And, while scientists have made great strides in discovering novel ways to break down plastic waste faster (see: polyethylene-eating worms), doing our part to reduce daily plastic consumption is paramount.

According to Lauren Singer, zero-waste lifestyle guru behind Trash is for Tossers, “Consumers need easier access to products that align with this goal, and right now they’re just not getting it.” Leading the pack in these efforts is newcomer Rubicon Global, a DiCaprio-backed start-up quickly gaining notoriety as the “Uber for Trash.” Rubicon has taken a high-tech approach to commercial waste hauling and recycling by eliminating costly inefficiencies, harnessing the power of Big Data analytics, and creating financial incentives for the adoption of sustainable business practices. Proving definitively that you can indeed turn trash into treasure, last month Rubicon closed a $50M round of funding after announcing plans for an On-Demand trash collection app geared towards consumers. Not to be outdone, Uber piloted a similar concept in Beirut this past summer, when a period of government inaction left residents with limited access to waste collection services. The week-long #UberRECYCLE campaign offered free recyclable waste pick-ups throughout the city with the help of local partners Live Love Beirut and Advanced Car Rental.

Recent advancements in the availability and quality of fast meal options have no doubt revolutionized the way in which we interact with food. With more and more traditional grocery and restaurant chains entering the On-Demand space, either with their own delivery fleets or via middlemen like DoorDash, Instacart, and GrubHub, we must ensure that industry standards support — rather than undermine — global efforts toward sustainability. As demonstrated by the success of Hungry Harvest, Imperfect, and Rubicon, these same advancements can be leveraged to solve some of today’s most pressing global issues. Although it’s certainly not convenient to discuss the negative externalities our daily meal choices have on the environment, such discussions are not only warranted, but truly critical to the health and well-being of both our planet and species.

If tech truly is the industry of the future, let’s work to make it one we can all be proud of — here’s to a greener and more equitable 2030 🌎♻️

For tips on what you can do to offset yesterday’s Postmates binge, check out Lauren’s simple and painless zero-waste hacks. 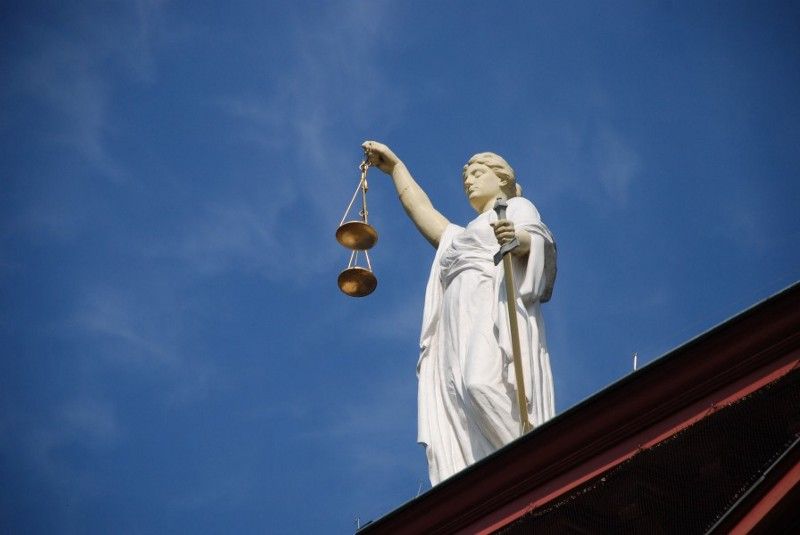 Industry
San Francisco. In this hub of flourishing innovation, many of us have come to expect instant solutions for any chore with the touch of a finger. The companies we have entrusted to clean our houses, bring us dinner, do our laundry, and whisk us around town enlist armies of independent