A fellow Onfleeter and I spent a week in Puerto Vallarta to survey the local On-Demand landscape and, well, sunbathe (mostly sunbathe, but we collected a lot of intel nonetheless). Made soft by San Francisco, the unrivaled mecca of app-driven indulgences, we tempered our expectations in preparation for a precipitous let-down in the arguably less technically-inclined state of Jalisco, Mexico.

However, upon setting foot outside the airport gates, it became quite clear that there was indeed a formidable On-Demand presence in this bustling beachside city. Luckily one that didn’t require a smartphone, as I had already disabled data roaming several hours prior to landing. The most notable difference being that in lieu of apps, people were on standby to anticipate your every need.

Though we fell far outside Uber and Lyft’s official service area, all we needed to do was look down the street with furrowed brows and a taxi would magically appear. Heavy bags to carry? Somebody was there offering to load our belongings into the trunk. Forgot to bring along a towel or umbrella? Voila, one was provided for a modest rental fee. Hair decidedly unkempt? BAM, on-demand hair braiding on the beach.

This should really come as no surprise — it’s how “On-Demand” looks in most corners of the globe, where extreme income inequality and abundantly cheap labor sustain an informal economy in which one class of people effectively serves another.

While those of us in San Francisco, one of the wealthiest cities in America, stand worlds apart from the economic reality of the average Puerto Vallartan, the labor dynamic remains surprisingly constant. It’s precisely the human element that has been undervalued in an On-Demand food chain that seeks to create further barriers between customers and the chefs, cleaners, shoppers, care providers, and “Alfreds” that orbit them.

Across Old Vallarta, we were pleased to find that numerous brick and mortar tortillerias, bakeries, florists, fish markets, and even beauty salons had entered the On-Demand fold sans technology by simply including their phone numbers on their store fronts. With the ubiquitous promise of servicio a domicilio (home delivery) only a phone call away, tourists and locals alike were never out of reach of their favorite goods and services.

Without DoorDash or UberRush, local motorbike-powered couriers — like the omnipresent Veloz Mandados — served as no-frills aggregators and fulfillment partners to bring even more local businesses (from pharmacists to fumigators) directly to the comfort of your home or hotel room.

For many, being asked to pick up the phone in order to schedule a delivery of fresh pan dulce may sound daunting. After all, one of the principal draws of our favorite On-Demand services is the promise of minimal interaction with the individual(s) actually providing said service. A frictionless way of “treating oneself” in a simultaneously highly connected yet deeply antisocial society. To rehash a widely re-tweeted exchange from last summer, in many ways tech culture has been reduced to answering the pressing question of “What is my mother no longer doing for me?” all while feverishly clinging to the life of a shut-in.

But wait a minute — your mother never had an app and got along just fine. If the recent downturn in the Uber-for-X economy has taught us anything, it’s that basing an entire business plan on “disrupting” a legacy product or service with technology is not a foolproof recipe for success. Uber has excelled within this model not simply because it found a way to use technology to ease the friction surrounding ride procurement — but because it managed to do so in a cheaper, safer, and more enjoyable way than the existing alternatives.

First and foremost, to be successful a business must demonstrate value above and beyond its technical wrapper and marketing campaigns. That means fully understanding and embracing the what we do before the how we do it. Many startups in the On-Demand space have unwisely positioned themselves as tech companies when they should really be aiming to be the best launderers, florists, and meal providers around.

This may come as a shock, but people aren’t just looking for “sexier” ways to feed and take care of themselves. We still place immense value on the humdrum hallmarks of success that drove the pre-tech age. Such groundbreaking concepts as reliability, relationship-building, high quality inputs, and good perceived value, are what ultimately foster brand loyalty and positive revenue streams. At the end of the day, no matter how cool and innovative your concept is, it won’t make up for burnt pizza, overpriced groceries, subpar home cleanings, or unprofessionalism.

In the On-Demand world, a snazzy tech layer is really only the icing on the cake. If your cake is stale and flavorless (or as some people prefer to call it: “gluten-free”) then please invest in new batter. By all means, don’t throw all your hopes and VC dollars behind a team of engineers 3D-printing iridescent frosting only to temporarily distract your customers from the fact that your cake just plain sucks. 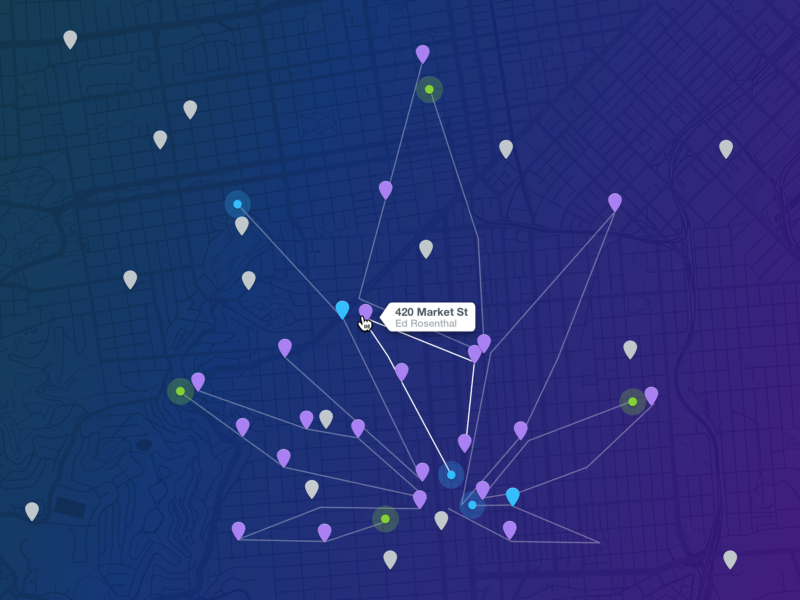 Industry
After powering millions of deliveries — including hundreds of thousands of cannabis deliveries — we’ve found that delivering cannabis is a lot like delivering . . . well, anything else. Okay, so the Fed does still consider it a highly dangerous schedule one drug, and the laws vary widely depending on where you are